I was not kidding on Friday when I said that Wes Anderson’s new movie deserves its own post.  So here it is.  I heart/love/adore/cannot get enough of the quirky brain-children that spring from Wes Anderson.  Here is a preview of what is sure to be a treat.  Alas, we apparently have to wait until MARCH 2014 to watch it!!  Gack, that’s a long time from now.  Le sigh & here’s hoping for an early bay area release. 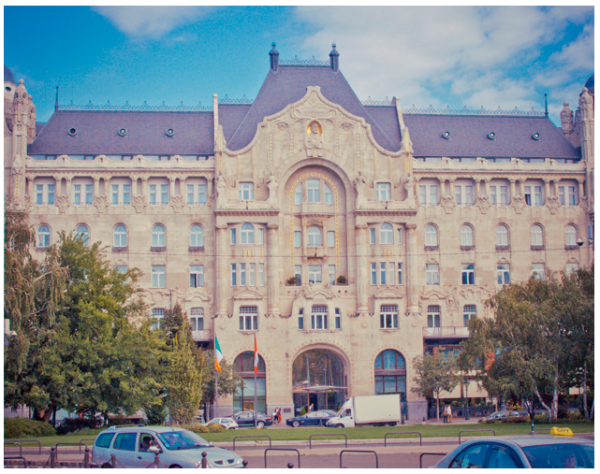 I am especially hoping that the film was shot in Budapest.  I’m loathe to say too much about that wonderful city as I fear it becoming even more discovered than it already is.  Here’s a shot I took of a real life grand Budapest hotel – the Four Seasons (it’s in an old castle & is really the most marvelous setting on the planet; I also think it bears quite a resemblance to the one in the movie poster, no?).

And PS – Saturday Night Live did a hilarious spoof of Wes Anderson movies (proving the show is still funny from time to time).